There are a lot of stock brokers that have come and gone in the industry but there are a few that have gone but still are remembered. These stockbrokers have made a huge impact in the business to the point where they will never be forgotten. 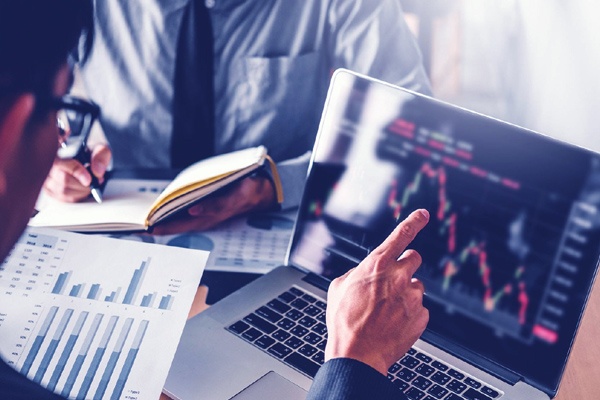 Here is the list of all time famous stock brokers:

Jordan Belfort was born in Queens, New York on July 9th 1962, he was said to have a natural gift as a salesperson when he worked in a seafood and meat establishment in the 1980s. Belfort then went on to begin selling stock in 1987 after the seafood and meat company shut down. After selling stocks for an investment firm he went on in 1989 to start his own investment company Stratton Oakmont. In his firm he was making millions but he made this money illegally by defrauding his investors. In 1992 the SEC (Securities Exchange Commission) began to investigate his firm in order to shut his firm down for its illegal activities. Belfort continued to run his company until 1999 when he pleaded guilty to the securities fraud and money laundering in which he was sentenced in 2003 to four years in prison. Now Belfort lives in California running a company that offers market training and sales training to build wealth.

Chris Gardener was born February 9th 1954 in Milwaukee, Wisconsin. Gardner faced many problems as a child with his biological father living in Louisiana and his step father being physically abusive to his mother. Gardner pressed on through life as a child through poverty, alcoholism, domestic violence and sexual abuse. After graduating High School he joined the Navy where he was later discharged and then moved to San Francisco. He then began working for a medical research facility as an associate selling scientific equipment as a distributor. After he became a father to his son Christopher Gardner Jr. he became looking for a career that was more promising in the field of finance. He got into a training program with Dean Witter Reynolds and from there he became a successful stock broker. Chris Gardener is now an American Entrepreneur, Investor, Stockbroker, motivational speaker, author and philanthropist.

Timothy Maxwell was born January 23rd 1960 in New Rochelle, NY and he grew up in Westchester County, New York. Keiser began studying theatre at New York University where he then began working as a stand up comedian and as a radio personality. He later began working part-time as a stock broker at Paine Webber and Oppenheimer and Co. in the 1980s back when you could become a broker with no special talents or experience. Keiser later became the creator, CEO and co-founder of HSX Holdings and Hollywood Stock Exchange. The company specialized in MovieStocks, StarBonds and virtual currency called the Hollywood Dollar. As of now Keiser is still in the financial loop now working on creating digital currency BitCoin, MaxCoin and StartCoin and worked a little as a broadcaster.

Martha Stewart was born on August 3rd 1941 in Jersey City, New Jersey. Stewart then became successful as an author of cooking books, decorating and entertaining. Stewart began breaking her brand into television, magazines and then became the CEO of Martha Stewart Omnimedia. In 2002 she resigned as CEO after she was charged with insider trading and then later convicted on charges of insider trading. After being released from prison Stewart hosted a TV show in NBC and a how-to show. Stewart then began a version of the Apprentice which was shown on NBC and the Hallmark channel.

Brian Johnson - November 5, 2021
For your business to grow and succeed, it must have the right equipment. Purchasing and maintaining heavy equipment can be very expensive; it can...