In the United States, we boast about being technologically superior than other nations, especially developing nations. But in some areas, we are far behind other countries. Cyber security and payment system are two such areas.

We don’t always follow safe and recommended procedures for online data security. As a result, cyber criminals gain access to our financial details. What they do next can be done by spending as little as $25.

They collect ordinary plastic cards, create fake magnetic stripes, paste the debit card info obtained by hacking other people’s accounts online onto the phony magnetic stripe, and then use the card like a normal ATM card to withdraw money. 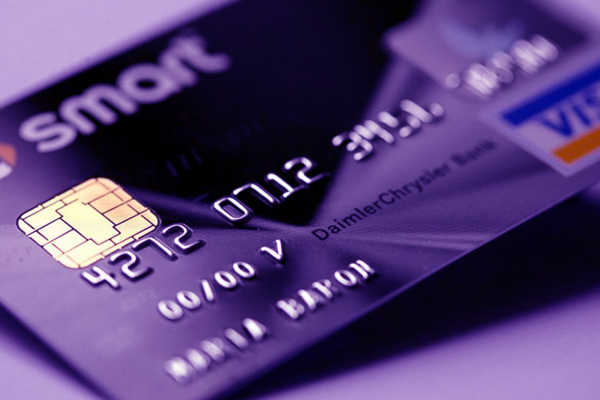 The good news is debit and credit cards now have the chip technology, which offers a robust protection from card theft. Europay, MasterCard, and Visa cards come with this protection feature. Because of the technology being smart, the cards are called Smart cards.

Here’s how the cards work:

On a chip card, you can find a small integrated circuit. Akin to a magnetic stripe, it stores all payment information of the cardholder. But it generates a unique code every time someone uses it for a financial transaction. Since it’s a one-time code, it can’t be reprocessed.

How it protects you

The one-time code, created by the chip card is a PIN, which offers a two-way protection. When someone uses the card, he has to verify himself as the legitimate cardholder. The verification is done via the PIN.

Let’s say, someone steals your card. When that fellow tries to use it, the system asks him to verify himself as the owner of the card. He couldn’t verify because he doesn’t have the PIN.

A chip enabled credit card lowers the risk of a credit card fraud. However, the card doesn’t guarantee that a hacker couldn’t access a merchant’s database. What this means is the information that your credit card contains continue to remain vulnerable. A hacker can steal the information, but he couldn’t easily carry out a counterfeit transaction.

If you have to insert your credit card into a terminal slot for a transaction, then it’s a secure one. That’s because when you insert your card into the terminal, details regarding the card quickly flow between the terminal and the financial organization, which have issued you the card.

If your card has NFC, then you are saved from physically contacting the card to the terminal scanner, as the chip functions as an interface, through which the scanner picks up all your card data. When purchasing something from an online retailer, you need to be very careful because not all retail merchants follow the compliance rule as investing in the EMV technology is costly.

If you need tips regarding transactions from handheld devices and EMV cards. Remember, an EMV card is not a panacea for all types of data breaches and security issues. It makes transactions secure for you, but you need to be cautious.

Whom should you hold liable as a cardholder in the case of a fraud? If the merchant’s system didn’t ask you for a PIN, then it’s the merchant who’s at fault. If the merchant could prove verification attempts have been made by his system, the liability then falls back on the card issuer.

It’s quite disappointing that when more than 100 countries have weeded out the risky and anachronous magnetic stripe system, US lagged behind. Nevertheless, better late than never. But, because US has lagged behind for a long time, EMV cards are yet to be pervasive in the country.

More than 100 million Americans use EMV cards, but the number of retailers, who have EMV-capable systems is not at per with this number. What’s promising is more and more retailers have been adopting EMV technology. Within next few years, we are sure to see a large number of retailers offering EMV-enabled safe transaction, and the rate of credit card vulnerabilities will drop.

What do you think of EMV cards? Do you use one? Is there any vulnerability that we haven’t discussed? Let us know in the comment section.

Why is Learning Personal Finance in School Important?

It’s no secret that in today’s day and age people are busy. Even though, in recent years, we’ve tried to stop glorifying how busy...
Read more

Care for your business? Then understand challenges are not always anticipated and the consequences of not overcoming them are not always visible. Business owners prepare themselves...
Read more

It’s no secret that in today’s day and age people are busy. Even though, in recent years, we’ve tried to stop glorifying how busy...
Read more

Care for your business? Then understand challenges are not always anticipated and the consequences of not overcoming them are not always visible. Business owners prepare themselves...
Read more

Newspaper is your news, entertainment, music fashion website. We provide you with the latest breaking news and videos straight from the entertainment industry.